Sorry for no post yesterday. It was mine and Huff the Hubs third anniversary! We took the day off and spent the whole day together! It was awesome. So I’m making up for no Writer Wednesday by having a Writer Thursday. 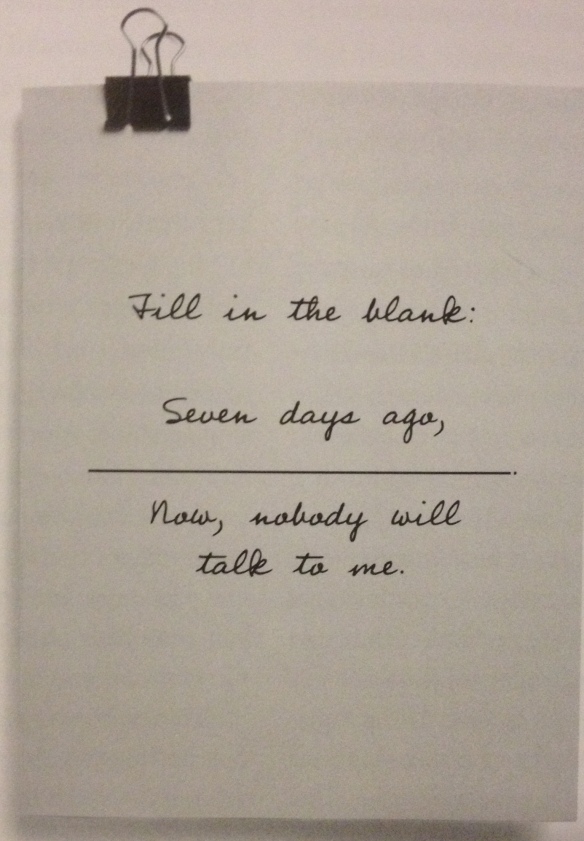 Seven days ago, I won the lottery. Now, nobody will talk to me.

I thought winning the lottery would give me more friends. Instead, it drove them away. I wasn’t expecting to win when I walked into that Gas ‘N Go. I just needed to fill up my tank and maybe grab a Diet Coke. On a whim, I bought two scratchers. I never bought those kinds of things before. But they were just sitting there on the counter. I figured, why not?

I completely forgot about them until I cleaned out my truck two days later. They had fallen out my pocket and got stuck in between my seat and console. I took them inside, searched for a quarter, and scratched the first one.

I had to reveal three cherries if I wanted to win. I rubbed the silver coating off the first box: cherry. I chose another box and did the same. Another cherry. I picked a third box and started to get excited. A banana.

“Dang it!” I moaned, tossing the worthless paper into the trash. I grabbed the other scratcher. I chose my boxes more carefully this time.

The first box was a cherry!
“Yes!” I whispered.

The next one? One more cherry.

My hands shook as I chose the final box to scratch. I kept second-guessing myself.

I scratched off the silver. I closed my eyes before I could sneak a peek of the shape. With my eyes still shut, I blew the shavings off the card.

“One, two, three,” I said aloud and opened my eyes.

I did a happy dance and thought about what I should do next. Naturally, I posted on Facebook that I had won the lottery. People were quick to congratulate me. I told them I would take them all to dinner to celebrate and pay with my winnings.

I went to the store to collect my prize and then drove to the restaurant. But no one showed up. I waited for another fifteen minutes. Still, no one was there. Another thirty minutes passed. I saw many people coming in and out of the parking lot, but none of them were my friends.

I sighed and walked inside.

I told the young woman that was assisting me, “I won the lottery today.”

“Wow! Congratulations!” she said. “How much did you win?”

“Fifty dollars,” I said proudly. “Can I have a McDouble and a McFlurry, please?”