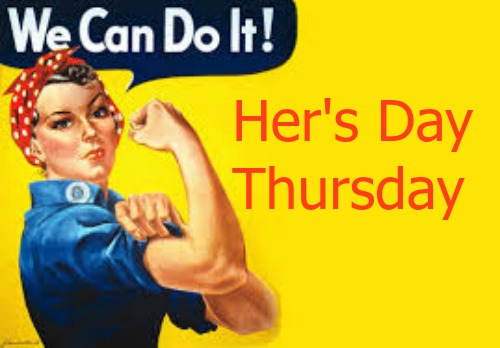 Its a new year and I’ve got a new lady from history who went “beast mode” before there ever was such a term! Today’s BAMF is Violet Jessop (AKA, the woman with amazing luck!).

Violet Jessop was born on October 1, 1887 to Irish immigrants. Violet was soon joined by eight other siblings (sadly, only 6 survived). When Violet was young, she was hit with tuberculosis. Her condition was so severe that doctors did not believe she would live. She proved them wrong by coming through the illness just as strong as ever.

After her father passed away from complications to a surgery, Violet, her mother, and the younger children moved to England. There, Violet attended a convent school and cared for the children while her mother worked as a stewardess at sea. Not long after, Violet’s mother became ill. She left school and became a stewardess for the Royal Mail Line aboard the ship Orinoco in 1908.

Two years later, Violet was given a job aboard the RMS Olympic (a luxury ship; the largest at the time). On September 20, 1911, the Olympic left its port at Southampton and collided with the HMS Hawke, a British war ship. Thankfully, there were no fatalities and the Olympic was able to get back to port without sinking. This would not be Violet’s only harrowing adventure at sea.

The next April, 1912, Violet began working as a stewardess aboard the RMS Titanic. Oh yes, Violet was there on the fateful night that the Titanic hit an iceberg. Violet was working below deck when she was ordered to come up, as to be an example to non-English speakers of how to behave calmly. Violet was put onto a lifeboat where one of the boat’s officers handed her a baby. She, and the others on her lifeboat, were rescued the next morning by the Carpathia. While aboard the Carpathia, Violet was still holding the baby she was given the night before. A woman came up to her (most likely the child’s mother) and took the baby from her arms.

You would think THAT experience would be enough to deter Violet from ever boarding a ship again. Nope. During WWI, Violet worked as a stewardess for The British Red Cross. 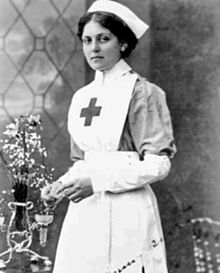 She was aboard the Britannic on November 21, 1916 when the ship either hit a mine hidden by German troops or was blasted by a torpedo. The large ship had sunk in less than an hour, taking 30 lives with it. But it did not take Violet. She made it to a lifeboat in time, though she had to jump out of it and swim for her life as the ship’s propellers were sucking lifeboats under the waves.

Again, Violet was not turned off by the sea. She went to work for Red Star Line and made two tours around the world. She later retired in 1950. Want to tell your kids about Violet? Check out this video!

You can also grab a copy of Violet’s memoirs here!

I think Molly Brown should give her nickname to Violet Jessop–the woman who wouldn’t go down with the ship!