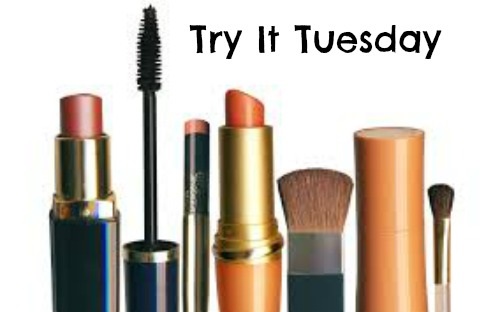 Now that I’m–gulp–over 30, I’ve noticed that I can’t use the same beauty products I used when I was 21. I’ve also become a bit more “crunchy” and like to use products that are more natural, like essential oils.

I was doing a little “research” on Pinterest for natural skin care and came across a DIY anti-aging serum and decided to give it a try!

Here’s what I used:

I mixed it all together and poured it into my glass dropper. Boom. Done.

Here’s a picture of me without makeup (don’t judge me; I have two kids) before I started using the serum:

I applied the serum every night after washing my face/before bed:

So, let me start by saying that the lighting in my bathroom SUCKS so these pictures may not be the best at comparing. Having said that, I COULD tell a difference, if ever so slight. I saw a small difference in the look of my skin but I saw the biggest difference in how it felt. It felt softer, more hydrated, less tight (you know when your skin is dry and it gets that tight feeling? That’s what I’m referring to), and smoother. I also noticed that any blemishes I got went away SUPER fast (I’m talking the NEXT day they were gone)!

Was it worth it? I think so. I mean, its not like some “revolutionary thing” (for me anyway) but I’m pretty pleased with the positive effects on my skin, so I’m going to keep using it until its gone.

Have you ever done this skincare regimen before? What were your results? Share in the comments below! 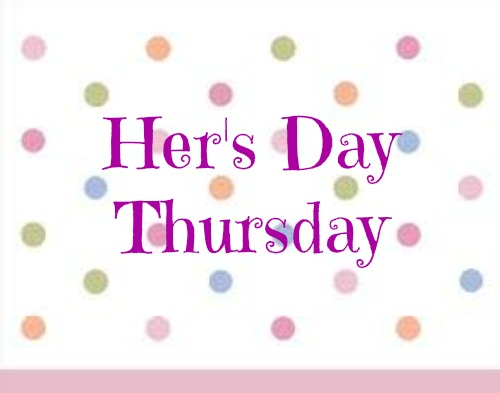 Normally on Her’s Day Thursday, I talk about a BAMF of a woman that changed society’s views of their gender and made waves in the fight for women’s rights. Today, I’m going to talk about two companies that are also working to help women of all shapes, sizes, and colors feel like the queens they are and empower them with ferocity.

While scrolling through my Facebook news feed the other day, I came across this amazing video from Dove. Its part of their “Choose Beautiful” campaign. A social experiment was performed in which Dove hung two signs above doors. One sign read: “Average” and the other, “Beautiful”. They set up hidden cameras to see which door women would walk through and created this video:

What door would you choose?

The LB site says it all: “The women who wear Cacique know that sexy comes in many shapes and sizes. They’re no angels—and they own it. Join the women who are redefining sexy by posting your personal statement of confidence using the hashtag, #ImNoAngel.”

What do you think of the ad?

What companies have you seen that make women feel beautiful? Are there any you feel could be working harder? What would you do to change it? Tell me in the comments below!

You guys, I know I say this every week, but I am SO glad that today is Friday. I have NEVER, EVER wanted a day to be behind me as bad as I wanted it to happen to yesterday. I know the only way to get over such a traumatic event is to return to normal as soon as possible, so that’s what I’m doing! So here we go with another excellently eccentric Fan Girl Friday!

Remember as a kid getting those gigantic hologram buttons that said: “Book It!” in huge letters? After you had read so many books, you’d get a sticker to put on your button. After you racked up so many stickers, you could get your own personal pan pizza from Pizza Hut for FREE! Well guess what, 80’s and 90’s kids? Book It is back!

Book It is celebrating its 30th birthday (hey—that means Book It and I were born in the same year!) and is inviting all of its alums to sign up for the program again! I’ve signed up! Now you need to too!

A recent study in Great Britain showed that 33% of the nation felt at their absolute worst before 9:00 a.m. The study also found that 49% of Britons can go an entire week without ever receiving a compliment from someone! Well, IKEA was NOT going to let one of their favorite countries suffer an ego-blow like that! They recently placed a “Motivational Mirror” in one of their stores. The mirror dishes out compliments to shoppers from, “Your dress is amazing!” to “I love what you’ve done with your hair!” The reactions were priceless:

I’d like to have one of those for my house!

Halloween is 21 days away! Have you picked out your costume yet? I’m done with mine and *almost* done with Huff the Babe’s. If you’re not the crafty type, but still want to go as something original, check out this awesome light-up Tardis head-band from Think Geek:

You can toss this on your dome, buy this dress from Hot Topic, and BAM! Instant Tardis, instant costume, instant AWESOMENESS.

When I was a kid, we went to Disney World. I remember stopping in one of the areas of DW called “Tomorrowland”. Back in ’89, it looked a little something like this:

So when I heard there was a movie coming out based on that part of Disney World, I was a little skeptical. Until I saw the trailer. Now? I REALLY want to see it! Check it out for yourself!