Last week, Huff the Hubs, the kids, and my in-laws went to Disney World. It was a magical (and exhausting) time! I tried to prepare for the trip as best I could, knowing that I’d basically have to bring our entire house with us and somehow make it fit onto a stroller while we walked around the parks.

A lot of knowledge gained through a Disney vacation is acquired through trial and error. So I’m going to share my accomplishments and failures so you can have the best Disney vacay ever! 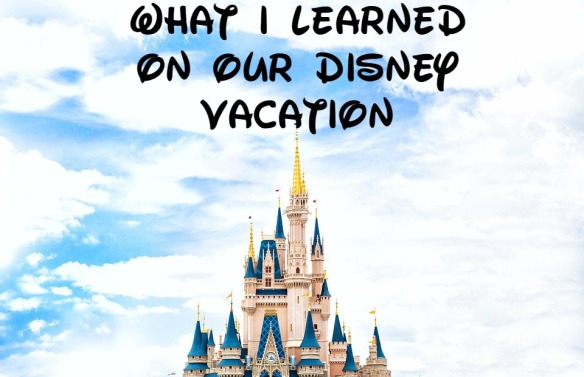 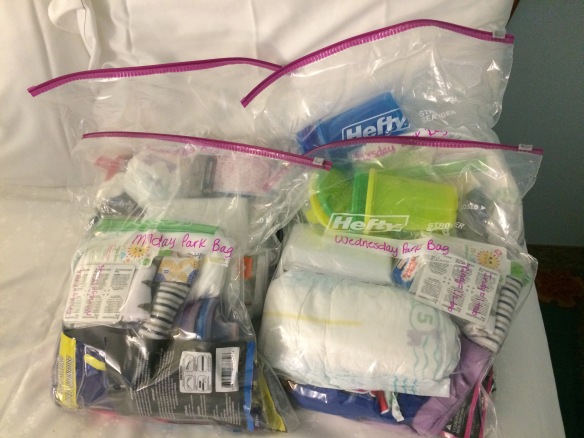 Listen to me: you are going to want to fall into bed AS SOON as you get back to the hotel. You are not going to want to reorganize a diaper bag/backpack when your back is aching and you have the stench of sweat and sunblock. Plan ahead! I got 2-gallon zip top bags and filled them with what I thought we would need while we were at the park: diapers, baby wipes, a change of clothes for each kid, medications (like Tylenol, Benadryl etc.), and whatever else you think you may need.

Buy “Souvenirs” For The Kids Before You Leave 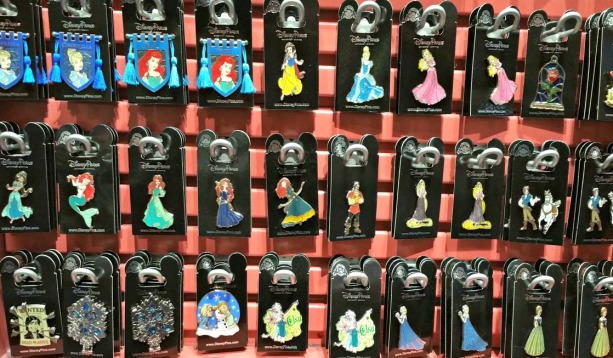 Don’t get me wrong, I’m not saying to buy a “Walt Disney World” magnet before you go. What I’m saying is, your kids will ask for everything–and I mean eeeeeverything–in sight while you’re at the parks to the point where you will start trying to hide their eyes from the souvenir peddlers on the street because they will be like flies on honey with that stuff. My advice is: go to Dollar Tree and buy a few little figures of Mickey and pals to hand to your little ones when they want something. Its cheaper, its faster, and they have something in their hands to keep them busy during those long waits in ride lines. Also, if you plan on staying until the fireworks show, grab a bunch of glow sticks while you’re at DT! They even have Disney-themed ones! Such a money-saver (the glow stuff at DW was like $12 and up!) and you can splurge on something else later!

I didn’t really drink water while we were there (unless I got it at the resort because, filtered water). Huff the Hubs had a Camelbak, but he used tap water and it was just too funky-tasting for me. Plus, I needed caffeine because I was sooooo sleep-deprived. But, I should’ve just sucked it up and drank the funk water. Or bought a 24-pack of water bottles and taken those to the park. I ended up get a heat rash because I was under hydrated. Its the worst. Don’t be like me. Just drink some water every hour to avoid dehydration and all the crappy symptoms.

If I could do it over again, I would’ve planned two extra days just so we’d have time to rest at the hotel in between going to the parks. We should’ve done a rest day every other day, but we only had a limited time and limited budget. Next time, though, we’re splurging for more days so we can rest and not be so crabby/sleep-deprived. 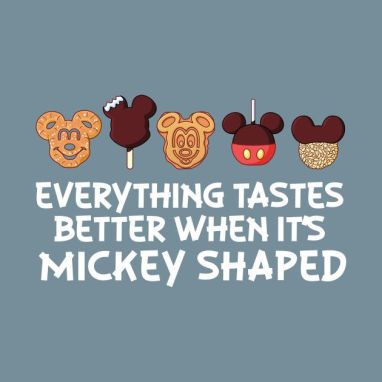 Even if you’re doing the Disney Dining Plan, you’re going to want to pack snacks for your kids. You’re not going to want to spend your precious snack credits on a Danimals yogurt you could get at home–you’re going to want to use those for a Mickey-shaped cake pop, yo! Go Go Squeeze applesauce pouches, Goldfish crackers (they even have Mickey Mouse-shaped ones!), and peanut butter crackers were our saving graces during this trip.

DO NOT JUST “WING IT”

Before we left, I kept seeing all these posts about planning your Disney World day. I was like, “I’m not going to plan out every second of our day! I just want it to be a leisurely thing.”

That was the dumbest decision I have ever made, second only to the time I decided to have my baby shower TWO days after giving birth.

You NEED a plan. You need to know who wants to ride what, which characters are where, and how you’re going to execute all of it. I though it would take the fun out of it, but as it turns out, having a plan makes things run so much smoother and you’ll be a lot less stressed if you do.

Have you ever been to Disney World/Disneyland with little ones? What advice would you add to the list? Share in the comments below!

In honor of our Disney trip, I thought I’d post a video from comedian John Crist which I feel I am going to relate to with all my soul by the time this week is over.

Last year, I regaled you all with my resolutions goals for 2013. I think I kept many of them (except the whole “stress less” one…its kind of tough to do that when you’re preggo or when you’ve got a newborn in the house). But I do think I did pretty well (even though there are still books on my classics list I have yet to get to).

This past year was a big year for me (and Huff the Hubs). I got promoted, became a mother, traveled to London, and FINALLY got my book 100% finished.

My sister that teaches fourth grade and I were talking about New Year’s Resolutions. She said she doesn’t really make resolutions, but she is going to talk to her students about it when they return to school. She showed me an awesome project she’s going to do with them:

I may color mine.

For each number, there’s a direction:

For the 0: Name something you want to STOP doing in the New Year.

Two best things that happened in 2013:

It was literally one year ago today that I found out I was pregnant. I was shocked, obviously. Mostly because I didn’t think it would happen so fast. It was a whirlwind; scary at times, but its been so worth it.

Huff the Hubs and I had been aggressively working toward getting out of debt from the moment we got married. We both had student loans we needed to pay off and were very serious about taking the shackles off. And we did! Our reward? London, baby! 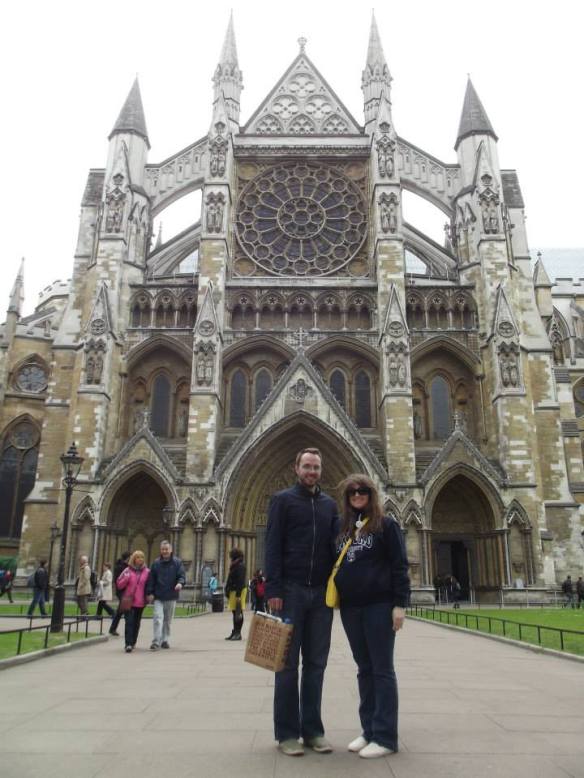 Hands down, best Abbey ever.

Something you want to stop doing in the New Year:

I’m a worrier from way back. And, if at some point I’m not worried about something, I worry because I’m basically waiting “for the other shoe to drop”. I hate living like that. I’m ready for some peace of mind, yo. I have been to counselling and I’ve read some good books (like this one!) and its really helped me A LOT. But I still wake up in the morning terrified of the potential bad the day could hold. I want to wake up in the morning feeling excited about the possibilities, not terrified. So that’s the goal: STOP. FREAKING. WORRYING.

I don’t just mean physical health. I mean mental health (i.e., the stop worrying thing), emotional health (keeping my mood up), spiritual health (spend time with God each day and not because I feel like I have to), relational health (making sure my marriage, familial relationships, and friendships are nurtured) and environmental health (be more mindful of how my choices affect the planet, its people, and animals).

Either way, I’d be happy.

Before I got pregnant, I was working toward maintaining my weight and maybe even dropping a few pounds as my clothes weren’t fitting me as well as they had been (holidays and all), but then I found out I was with child and weight loss went on the backburner (as it should have). Now that Hermione is 4 months old, I’m healed and recovered from childbirth and my milk supply is established, I’m ready to work on losing those last 9 pounds of pregnancy that are sticking around. And, to be honest, I’m not too concerned with the number on the scale. I’m more focused on how I feel and how my clothes are fitting me.

I know a lot of people will say: “You had a baby, be proud of that!” And I am. But I also don’t feel like myself with the extra weight. The holidays with its endless mountains of sweets and the stress on our schedule has made me push my health to the wayside. I want to get refocused on my health. Plus, my clothes are still tight and I’m too cheap to buy new ones—ha!

Sometimes, without even thinking, the words: “Gah, I’m so fat!” will come pouring out of my mouth. Or, “I can’t wear this, I look fat!” will pop into my head as I look at my reflection after picking something out at a store that looked cute on the rack, but hideous on me. I know it may seem hypocritical to say I want to stop the fat talk in the same blog post describing my desire to lose weight, so let me make myself clear.

I want to stop the negative talk.

I don’t want Hermione to talk to herself the way I talk to myself. I want her to be healthy, to enjoy being active, to eat good foods, and feel confident in who she is. How can she do that if she doesn’t have the proper role model? I want to be an example of being healthy and fit while still loving who I am and being proud of my body.

3. Put down the devices.

Put down the phone!

Every night before I fall asleep, I do the same thing: pick up my phone and look at Pinterest or Facebook (or both) for about 45 minutes. Huff the Hubs will say something to me and I’ll grunt in agreement or say, “That’s cool” even though I’m not paying attention.

When I go places with people, a lot of our time is spent with them or me (or both!) on our phones, looking at pointless stuff. I want to get into a habit of putting the phone down, looking people in the eye, and actually listening to what they’re saying (gee, what a novel concept!). I don’t want to be a slave to my phone (HtH already calls my phone “my kidney” because I can’t function if I don’t have it).

Really, a lot of my goals are on my 30 by 30 list. I am determined to finish that list by the time I’m 30. I know some stuff may be difficult (like going to Italy with my sister) but you better believe I will work my hardest to get those things knocked off that list! I’ve already signed up for the OKC Memorial Marathon!

Do you have any resolutions? Goals? Reflections on the past year?

I hope you have a safe and happy New Year! (And please drink responsibly!)

Happy St. Steven’s Day, everyone! What? You don’t celebrate that? Me either. But since Hannukah, Christmas, and Kwanzaa’s passed, I had to think of something. I took the past week off because of the holiday and thought I’d also give myself a break from the blogging.

How was your Christmas?

My Maryland family came to town and we went to see The Nutcracker: 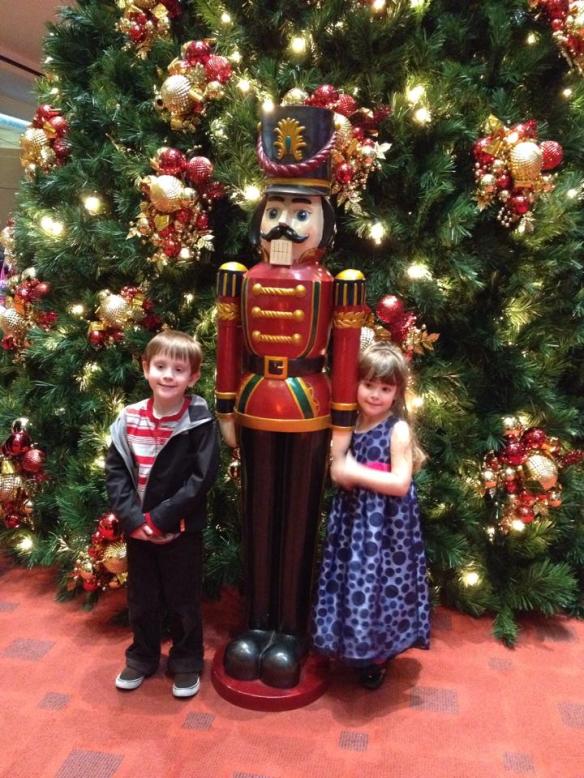 We had FOUR Christmases—no, Reese and Vince were not there. But, I did got some AWESOME swag! Here are a few of my faves:

From Huff the Hubs:

Hubs knows me so well!

“We did it, we bashed them wee Potter’s the one, and Voldy’s gone moldy, so now let’s have fun!” 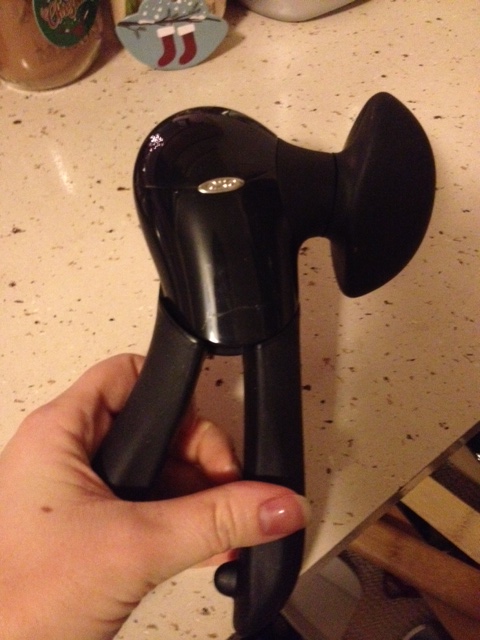 The Holy Grail of can openers.

(Not going to lie; I may be most excited about this. I’ve broken many a nail, cut many a finger, and injured more than one joint with my crappy can opener. But THIS one is AWESOME.)

What were some of your favorite gifts?